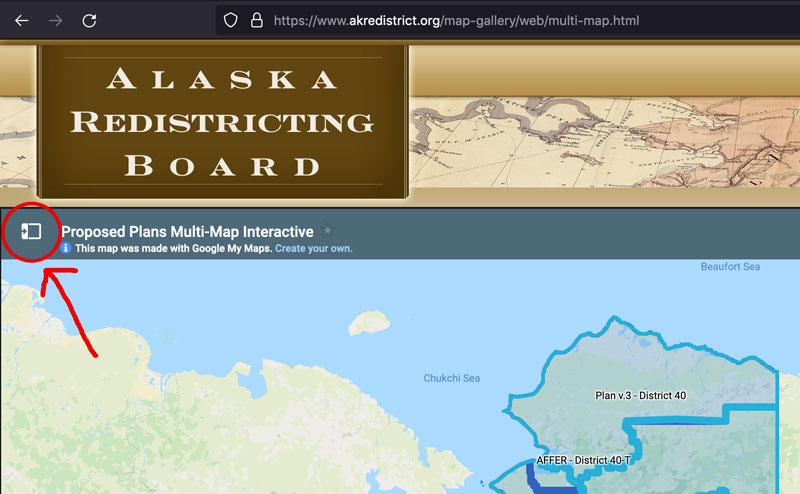 During a public hearing on September 20th, 2021 the Redistricting Board adopted Proposed Plans from the Doyon Coalition, AFFER, AFFR, and the Senate Minority and two Board drafted plans: Proposed Plan v.3 and Proposed Plan v.4 to replace the previously adopted plans Board Composite v.1 and v.2.

Unsure where to start?  Community By District List here >

For ease of comparison between Proposed Plans, this collection of 6 page PDF files contain regional PDF's from each proposed plan in a single file.